China’s equivalent of Parliament meets in Beijing every year for a few days in March. This august body, officially called the National People’s Congress, always passes every item of legislation put in front of it by the Communist Party leadership. This piece of political theatre is very carefully stage-managed, right down to the enthusiastic applause for the 2-hour speeches by each of the leaders. In fact, the whole of central Beijing goes into security lockdown for the duration of the Congress.

Despite the highly artificial nature of this exercise in rubber stamping, it is worth paying attention to what is said at the Congress, because this is the annual event where the Chinese leadership publicly presents what it thinks is really important. For example, Premier Li Keqiang delivered the Work Report on what the government did last year and what it plans to do this year. Because the Chinese Communist Party has never admitted that it has ever been wrong about anything, what is said in the Work Report is henceforth set in stone as the official Party line.

Therefore, the Work Report is the authoritative document where the target GDP growth numbers are set, where priorities are announced, and where policy changes are foreshadowed. It is also worth reading to see what is not there – there will be no references to programs that didn’t work, or to policies that have been subsequently abandoned. With these provisos in mind, we summarize the dozen most important components of the 2019 Work Report. 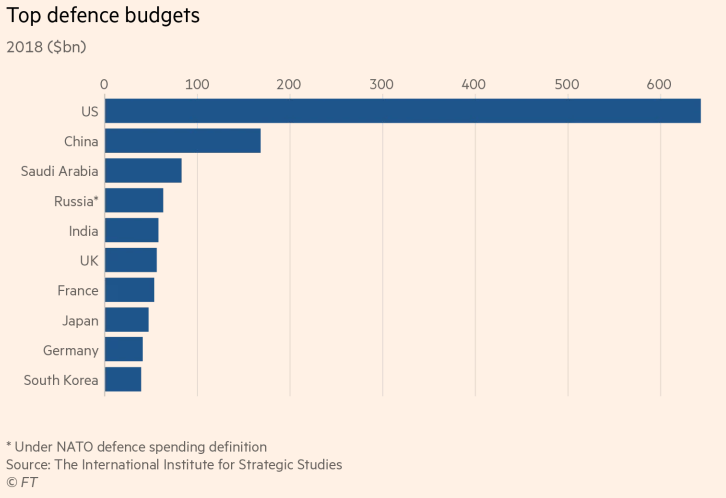 What wasn’t in the Work Report:

The overall message is “Everything’s under control, but the weather is getting rougher.” This is why the Chinese leadership is willing to make large, public concessions to the US: a truce in the trade war won’t solve everything, but it would remove one of their major problems. Besides, once The Donald is out of the way, China can go back to doing things its way. China is well aware of the example of Japan and Germany, who bowed humbly to US threats in the 1980s, and thirty years on both countries are still running permanent trade surpluses with the US.

We explained in a recent article on the Arminius website, “Preparing for the China crisis”, why we think there is a good chance of a financial crisis in China within two years. This is still a probability rather than a certainty, but the 2019 National People’s Congress said nothing to make us more optimistic. We are living in interesting times!