Western voters are used to their governments announcing numerous initiatives and targets – especially around election time – then forgetting these as fast as they can, and hoping that the electorate will do the same. By contrast, the Chinese Communist Party has been diligently preparing Five-Year Plans ever since they took power in 1949, and they are now up to Plan Number 14, which will apply from 2021 to 2025 inclusive.

These Plans are very serious documents. They cover all arms of government and all parts of the country. Their purpose is to get China’s army of unruly and self-interested bureaucrats heading in the same direction on the things that matter. To this end, each Plan is prepared with local and provincial input as well as the central authorities’ opinions. At the end of each five-year period, the top leaders formally assess their government’s performance against the Plan and, while they mostly boast about their achievements, they do also fess up to a few missed targets.

Over the last four months the draft 14th Five-Year Plan has been making its way around the highest levels of government before getting the final seal of approval from the National People’s Congress (China’s tame Parliament) in March. As with all Chinese official documents, the Plan contains vast amounts of Communist platitudes and superfluous verbiage. But it also contains some very clear statements about where the Party leadership wants to the Chinese economy to go.

The 14th Five-Year Plan departs quite dramatically from its predecessors in three key priorities which it sets. Right at the top comes “achieving self-reliance in science and technology” (科技自立自强) so as to become “a science and technology superpower”. Among other things, this means strengthening basic research, emphasizing original innovation, formulating strategic science plans, constructing national science centres and regional innovation hubs, and encouraging entrepreneurs in technology innovation. The Plan sets out a list of cutting-edge industries where it wants China to lead, including AI, semiconductors, aerospace, brain science, and bio-engineered breeding (genetically modified organisms). 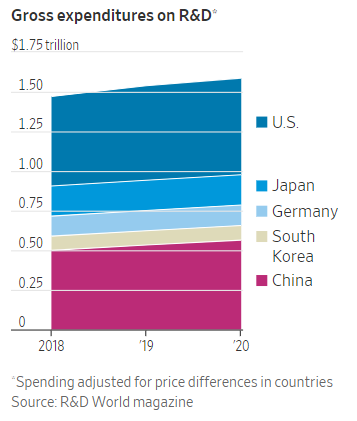 Obviously, China’s leaders have learned from the various US sanctions and embargos which the Trump Administration placed on the export of its high-tech to China. The Biden Administration has not removed these – instead, it has re-affirmed its intention of limiting technology transfer to China. (For some reason, neither side mentioned the Tiktok video platform.) The Chinese government now believes that the US has a stranglehold over China’s future, so the 14th Five-Year Plan is intended to push China’s high-technology sector to catch up with then overtake the US. 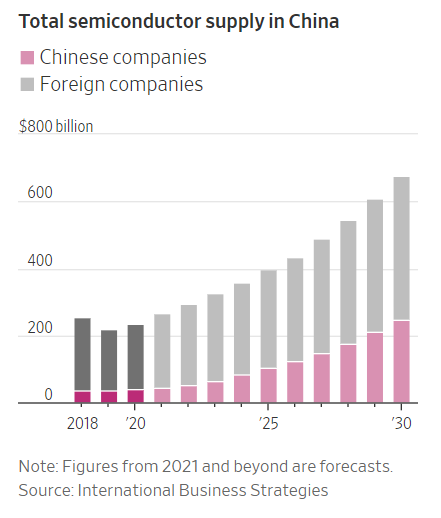 The second big change in priorities is the new focus on “dual circulation”. This priority needs to be placed in historical context. From 1990 on, government policy actively encouraged production for export markets, mainly because exports generated foreign exchange which could be used to pay for essential imports, but also because Chinese consumers were then very poor – per capita GDP was USD 318 in 1990, compared to USD 10,262 in 2019.

China’s exports rose steadily in the 1990s, then rocketed up after the country joined the World Trade Organization in 2001, where it magically still enjoys the trade benefits of “developing nation status” despite being the second largest economy in the world. When calculated by purchasing power parity, China IS the largest economy in the world. But the great export boom slowed down as Chinese wages rose and the government allowed the renminbi to appreciate. From 2015 to 2019, exports were on average matched by imports, with the result that net exports contributed nothing to GDP growth. (It goes without saying that 2020 was a very unusual year, when China’s trade surplus returned with a bang because of coronavirus-related demand and the suspension of tourism. Both of these factors are temporary.)

The special term for this new emphasis is “dual circulation” (双循环), which Xi Jinping introduced at a Politburo meeting on 14 May 2020. It is now a common element in the policy lexicon. It means that the government wants to encourage production for domestic markets as well as for export markets. In order to do so, the government intends not only to expand domestic demand, but also to build a unified national market, upgrade supply chains, establish a modern logistics system, and strengthen property rights (including intellectual property).

The focus on domestic demand is long overdue. Private consumption accounted for only 39% of China’s GDP in 2019, compared to 66% for the US, so there is plenty of room to encourage consumption.

The third big change in priorities is related to meeting the goal of peak carbon emissions by 2030, on the way to carbon neutrality by 2060. This goal will require the restructuring of China’s power generation system, because at present more than 60% of electricity is generated by coal-fired power stations. It will also require the restructuring of energy-intensive industries such as steel, aluminium, cement, and plastics.

All three big changes in priorities have clear implications for the long-term investment outlook. The new focus on high-tech and domestic consumption implies that less government and private money will go to infrastructure and mega-projects, hence China will have less need for steel, cement, and other building materials, therefore less demand for Australian iron ore and metallurgical coal. Housing growth will remain strong for the time being, but China’s likely population decline will create headwinds for the housing sector. The goal of peak carbon emissions by 2030 speaks for itself – China will import less thermal coal.

The implications for the world economy and Australian exports are equally clear. China will be using less construction materials and energy minerals, so any global resources boom will not be running on coal and iron ore, but on the essential inputs for renewable power generation plants and electric vehicles – e.g. copper, nickel, lithium, and rare earths. 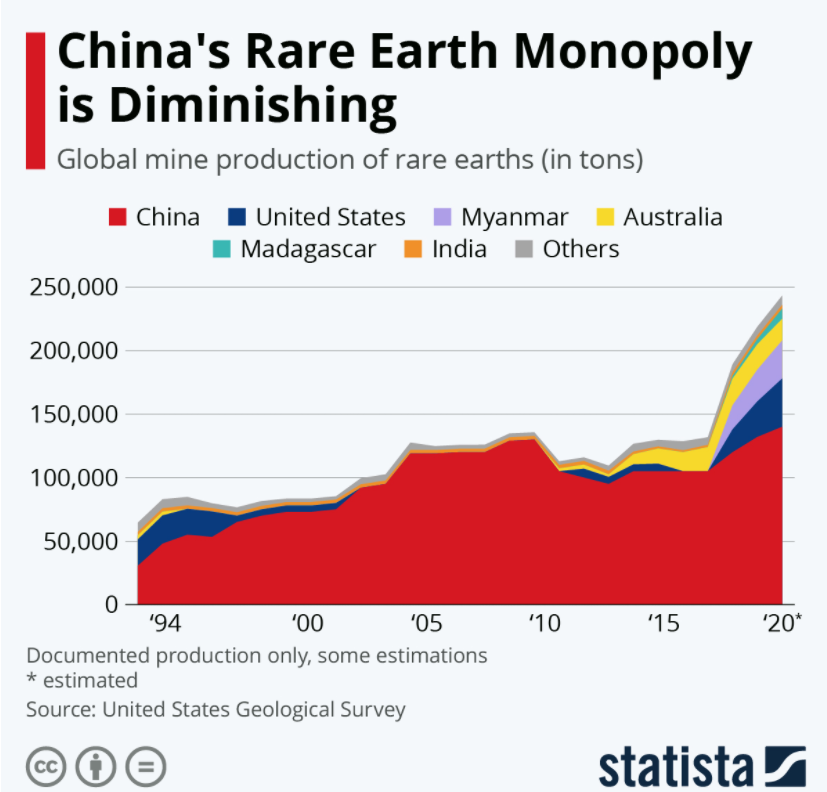 With the U.S. importing 80% of its rare earth elements from China (14 of the 35 most critical types such as those used in the F-35 are not able to be produced in the U.S.) Australia may have found itself a new resources export market…in the United States.