The banking sector has underperformed the Australian market since 2015, and the results for the year to 30 September 2019 suggests that another year or two of underperformance is still to come.

The latest results were dismal. Cash profits fell by 7.8% ($2.9bn) year-on-year. Revenue growth was minimal to negative as the big banks lost market share to their newer and more agile competitors. Banks’ cost to income ratio rose by 313 basis points on average, ranging between +200bp and +540bp. Net interest margins (the spread between banks’ lending rates and their cost of funds) narrowed for all banks, dropping as low as 1.94% for the first time. Customer remediation charges hit $4.6bn for the year, making a total of $8.0bn to date.

Accordingly, forecasts for FY2020 bank profits have been revised down further. The market consensus is now that cash earnings per share will fall by 3%, with little improvement in FY2021. It is likely that two or three of the banks will cut their dividends, because their high payout ratios leave them no room to manoeuvre in the event of bad news. ANZ has a payout ratio of 67%, but the others range between 79% and 87%.

ANZ, NAB, and Westpac are likely to raise more capital, because they will have to pony up extra reserves in proportion to the size of their New Zealand loan books. The NZ regulator (the Reserve Bank of New Zealand) noticed during the GFC that the Australian banks, APRA, the RBA, and the Australian Government paid absolutely no attention to the risks of the banks’ NZ subsidiaries. Because the RBNZ is well aware that banking crises are a natural part of life (e.g. 2008, 1992, 1974, etcetera, ever since the 1880s), it has decided that the Big Four will have to maintain in-country reserves in future. (CBA is in the pleasant position of holding a surplus of regulatory capital.)

The banks will have their work cut for them just to maintain their share of the Australian residential mortgage market. Home loans grew by 3.1% in 2019, but the banks’ mortgage books only grew by 1.8%. As a consequence, the banks’ share of the market dropped by 0.9 percentage points to 81.2%.

There is some good news. Although the aggregate loan impairment expense rose by 10%, it remains very low in absolute terms, and bad debts are concentrated in a handful of sectors such as retail and agriculture. In view of the current weakness of the Australian economy, however, the banks may well face higher charges for loan write-downs over the next two years.

The key question is, has all this bad news already been factored into the bank share prices? We don’t think that it has yet. By the standard global measure of price to book value, Australian banks are still much more expensive than banks overseas. The most expensive of the Big Four by a material amount, CBA, trades at 2.0x book, and the other three around 1.3x, whereas US banks are typically around 1.0x and European banks below 1.0x. 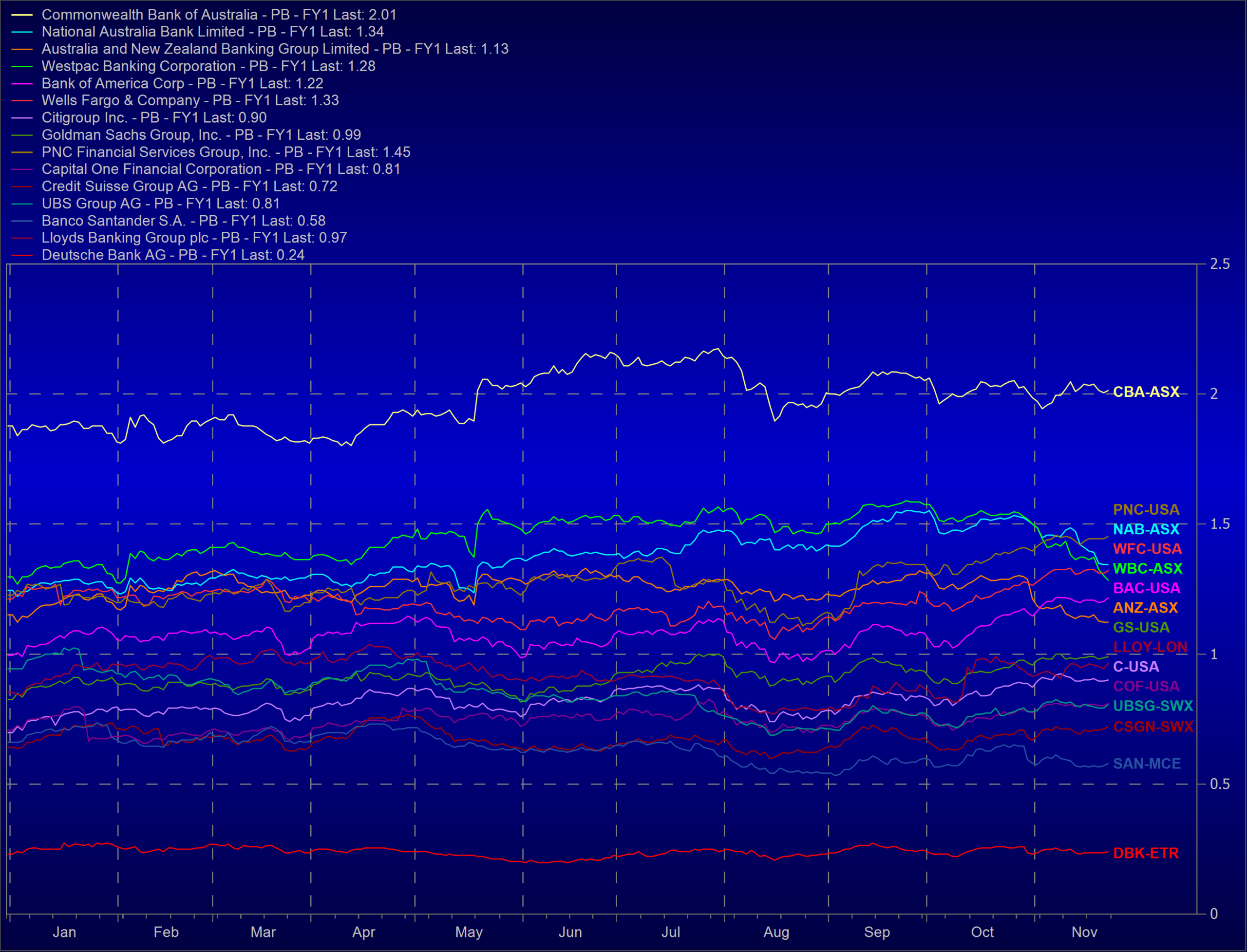 To look at the question another way, the Big Four offer FY2020 cash dividend yields of 5.5% (CBA) to 6.0% (NAB and Westpac). Dividend cuts of 10% to 15% would take these yields down to the range 4.5% to 5.0%, which is not much better than the current market average of 4.0%. We know that bank profits are not going to improve in the next two years, and there is no doubt that income hunters can find similar yields with less risk among the property trusts and infrastructure stocks.

In conclusion, we emphasize that changes in the economy, technology, and regulation are threatening the banks’ traditional business model. The four biggest threats are:

These threats were detailed in our 24 July 2019 article “Bank to the Future II”. Read it on the Arminius Capital website (https://arminiuscapital.com.au/bank-to-the-future-2/). The banks may succeed in fighting off these threats, so we aren’t recommending selling out of the sector. But the average Australian investor is well overweight the banks, so it would be prudent to reduce exposure to index weight, which is about 25% of the portfolio. 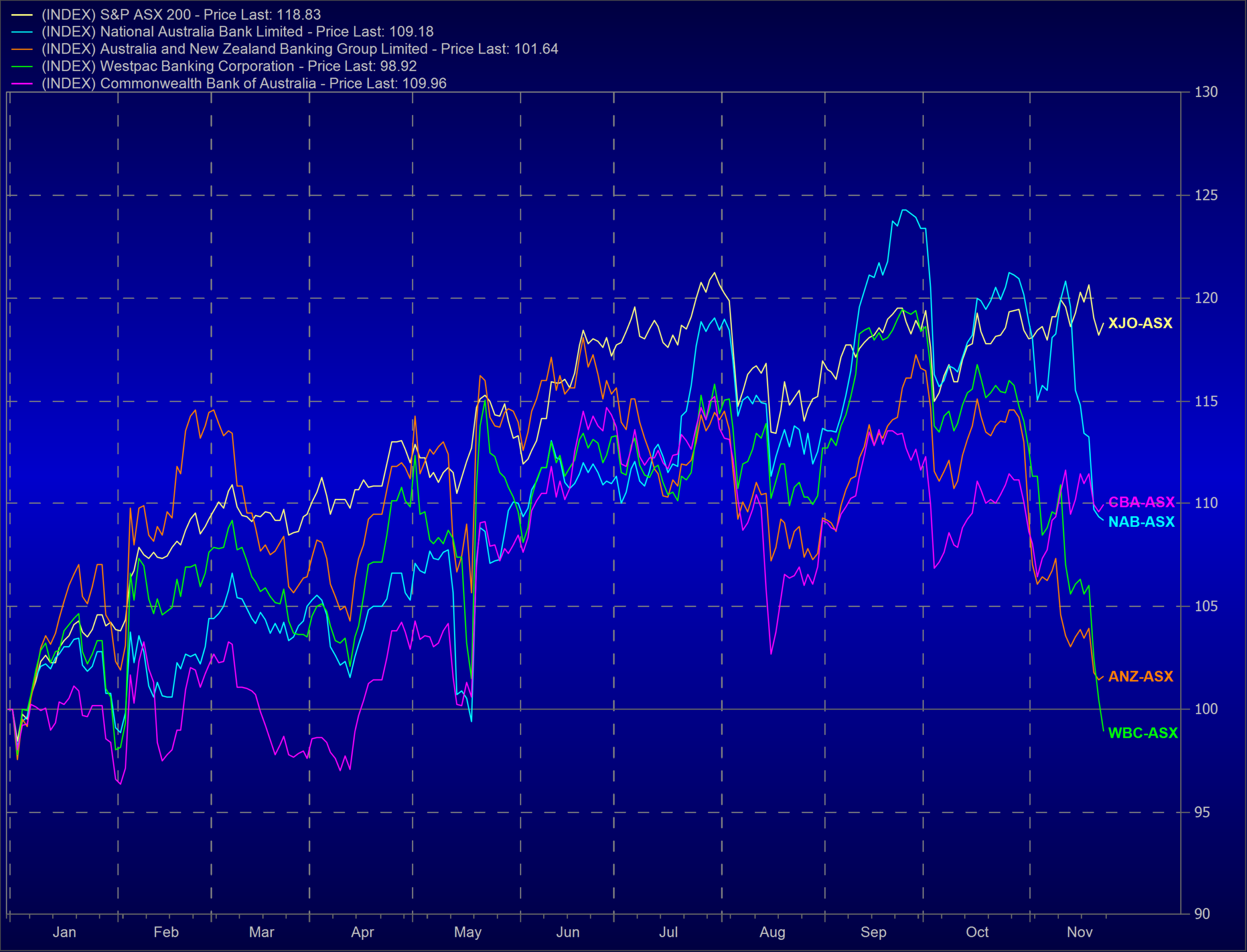